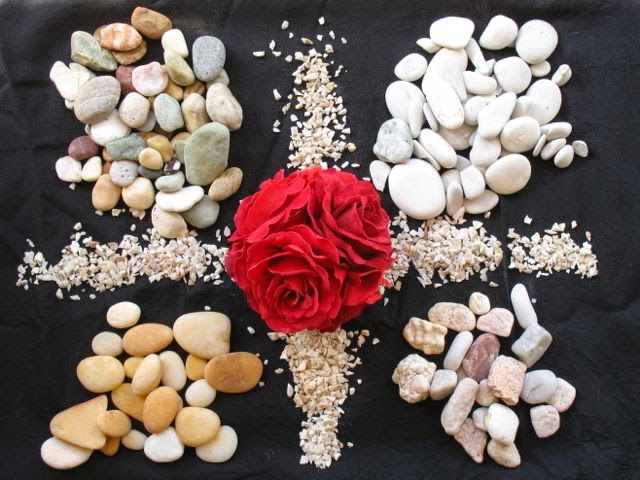 February 22 is the 4th anniversary of the big Christchurch earthquake that shattered a city and claimed many lives. After the quake I went to the Auckland beach near my home and made a shrine. I returned over many days to make new ones to post on my blog. You can see one of the posts here, and four others by scrolling back from there to older posts.

I wasn't just making shrines. I was also offering up prayers.

Those who have remained living in Christchurch have been shaken hundreds of times since.
They have had to learn to live with instability.
Solid ground turned to liquid and we learned a new word. 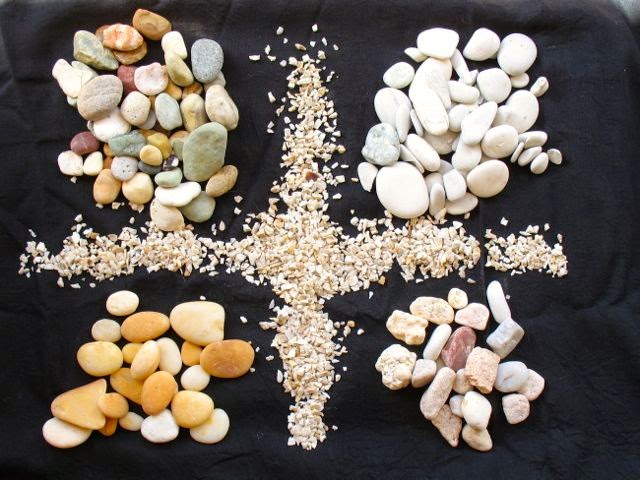 Anyone whose life has been shattered knows what it's like to have your foundations knocked from under you, to have everything that seemed certain and stable to turn to liquefaction.

This has happened in my life, not just once but several times. Maybe it's happened in yours too.
And so it's important to reach for a new order, to find what can be trusted, to discover another kind of stability.

Today I have made another shrine for Christchurch, invoking faith for a city whose cathedral was broken. The colours for Christchurch are red and black. My shrine has two faces. Which one speaks to you most?


Prayer for Christchurch, four years on


May the stones of faith be reinstalled.
May the heart find its own resilience.
May a new order emerge, stronger than the one before.
May there be healing and holding.
Posted by Juliet at 12:00 AM 10 comments: 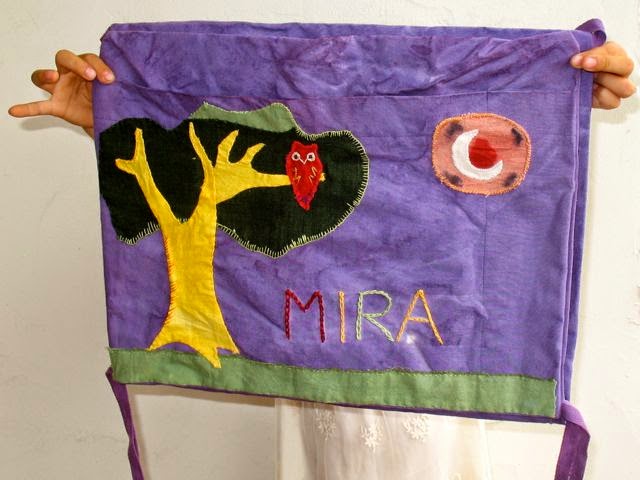 Through the summer holidays I had been sewing, plying my needle through tough canvas, to prepare for this special day. Now that the little one was to begin in Class One at the Steiner school, she needed a chair cover with a deep pocket across the back. At the end of last year each child was asked to choose one of the colours of the rainbow, and given a chair cover for someone to decorate.

What shall I put on it? I wondered as the chair cover was entrusted to me. No problem, the little one knew exactly what she wanted: a tree, an owl, some grass and a moon. Oh, and the night before I was informed that her name had to be on it, so some hasty chain stitch was produced. 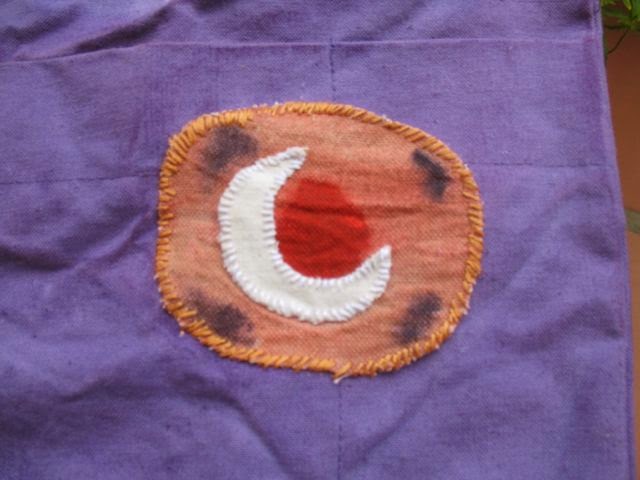 We stood outside in the cool breeze of early morning - well, early for me, to be out driving at the one time of the day I avoid: the rush hour, when workers, and parents taking their kids to school are all out driving here there and everywhere. But this was a special day, and I had to be there.

For on this, the first day of school, the little one was about to receive a special welcome. She wore a pretty new cotton dress, and slung her not-new back pack over her shoulders in readiness.

The whanau was gathered around her. Whanau is a Maori word for family, picked up by Pakeha ( New Zealanders of European descent) when describing a warm and nurturing family unity. And that's what we were: Chinese granny, Pakeha granny (me), father, and mother with the new babe in her arms, and the little one in our midst. 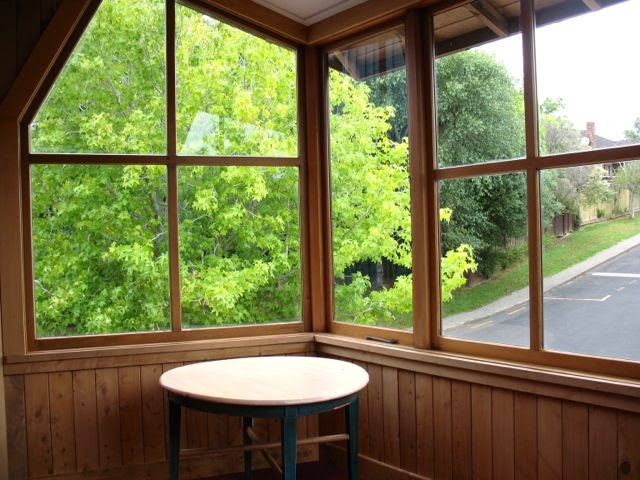 The Steiner School is robust on caring, and this means creating ceremonies of transition. While the philosophy began in Germany, there is a strong Maori influence in this school. Together with the other families, we waited. The children from the kindergarten were shepherded into a circle by their three teachers. Then we women—mothers, aunties, and grandmothers—were called to follow the little flock, and the men asked to walk in behind. We walked a few steps towards the beautiful school hall. 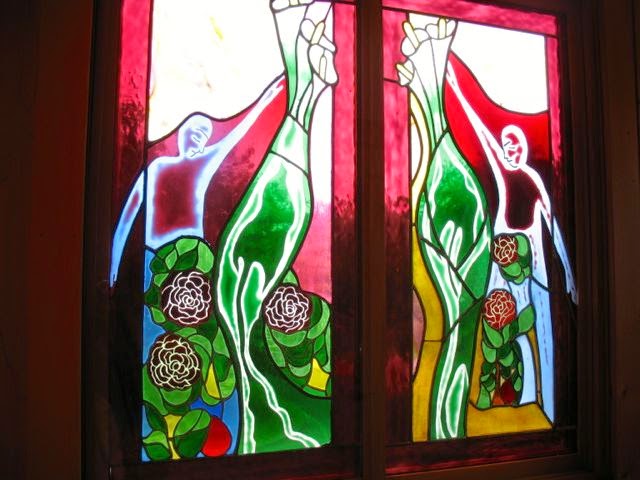 Then we waited again. A dignified Maori woman wearing a korowai, a cloak woven from the muka, the fine fibre inside the flax plant, waited in the doorway. Then the moment came that we were waiting for: the beginning of the powhiri, the ritual of welcome. 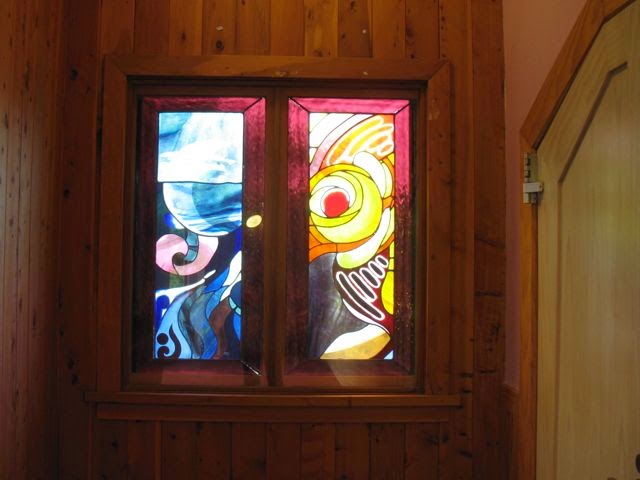 A ringing chant known as a karanga resounded across the space between us, and we slowly stepped forward, beckoned by the smiling woman, across the threshold and into the hall with its high stepped seating, like a steep amphitheatre. It was full of pupils and teachers; in fact the whole school was waiting for us.
It was at this point that my tears welled up as if they would never stop. 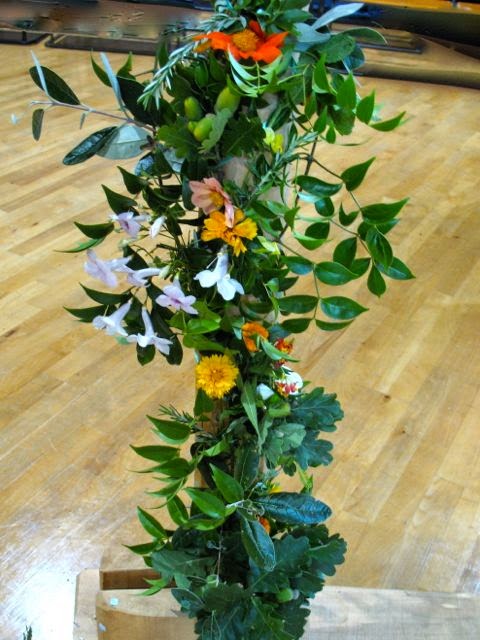 The cluster of young children was shepherded some more, on to mats on the floor.  There they sat with their kindergarten teachers, to whom they would soon be saying goodbye. Every now and then a little girl crept into the embrace of her teacher, cuddled up for a while, then bravely made space for another to do the same.

Meanwhile one of the Maori teachers began his oratory, welcoming the children in, speaking of the transition that they were soon to make, to Class One in the main school. He referred to the kindergarten as a kohunga, a learning nest, and that's just how it seemed as I watched those clusters of little children on the mats.

All the teachers then gathered around him to sing a waiata (song), and a Maori man on our side, representing the visitors, gave another speech. They went on a long time, these men, all in Maori, for they were brothers showing their skills to each other as well as to us. 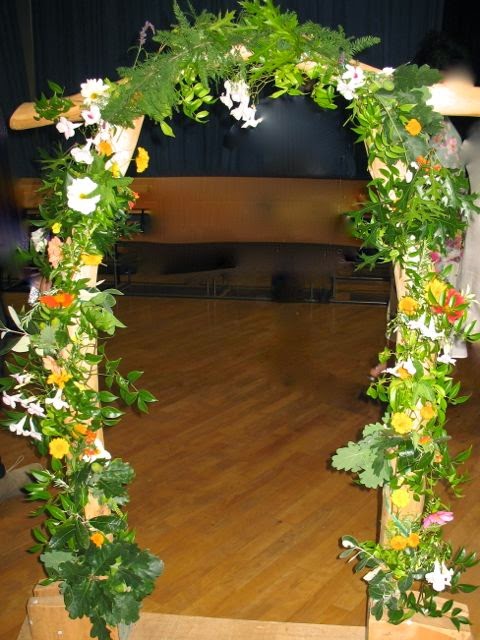 And then came the moment that brought more tears. A candle was lit on a special table, an invocation was spoken, and through this wooden archway, threaded with flowers, the little ones were led, one by one. Each, when her/his name was called, was met by a senior student who gave them a posy of flowers, took their hand, and brought them through to their new teacher, Mr. Wigley (yes!), who is an award-winning musician and writer of children's songs.

The children now sat on benches with Mr Wigley, who then led them away through a doorway, off to their class room.

Meanwhile the three kindergarten teachers sat on the empty mats.

It was shortly after that when new tears began to flow, and not just from me. The seven years of magical childhood are almost over and a new phase is beginning. I felt as if the Pied Piper had appeared and led the children away into a mountain, where they would never be seen again.

A ritual of welcome can also be a ritual of loss, depending on where you stand.
Posted by Juliet at 8:54 PM 18 comments: 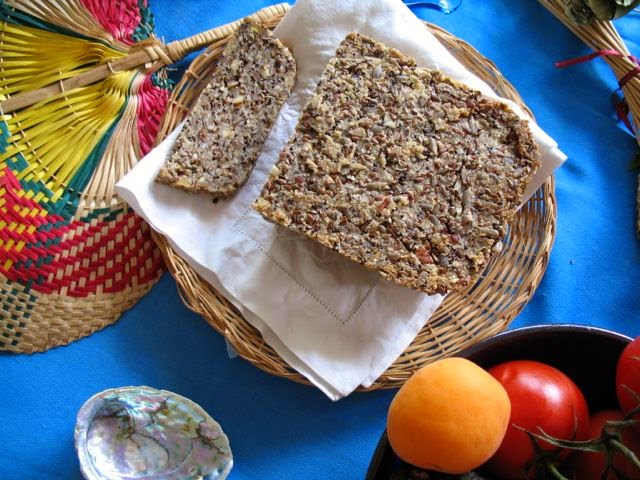 The wheel has turned, rain has fallen on the parched earth and a lively wind is rattling loose branches around my home. Time to sip tea, break bread, and give thanks. 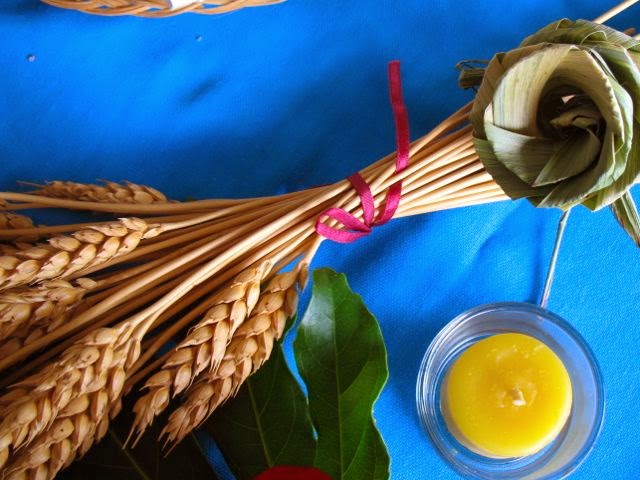 Thanks for the golden summer, which is now turning its head towards a doorway marked 'northern hemisphere'.  It won't be departing just yet, but all action begins with a thought, a turning away and a turning towards, and today that thought is buzzing in the breeze. 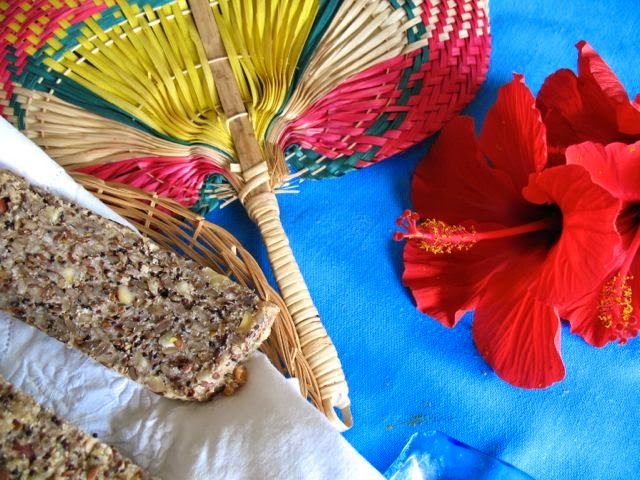 In the Celtic calendar of old Europe tribes would gather to give thanks to the grain god Lugh, who was sacrificed with the reaping of the corn. Back to the body of the Earth goddess he was gathered, ploughed in so that new life might emerge in the spring. And so today we remember Lugnasad, his festival, and its continuation through Christian times as the festival of Lammas. 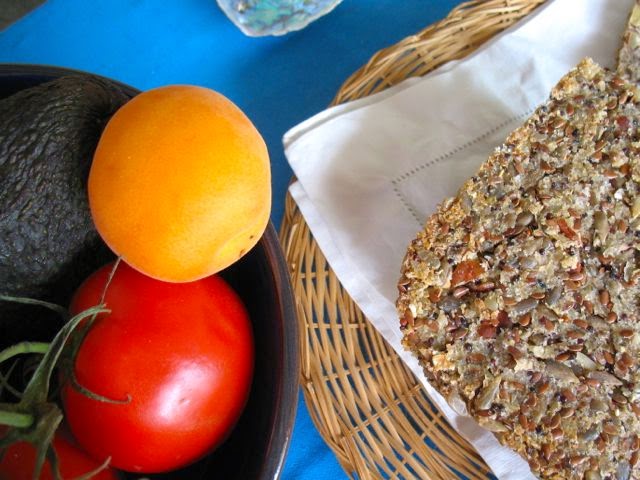 Loaves made from the first grain harvest were brought to church to be blessed. Last night I baked a gluten-free loaf of bread, from a recipe posted by Australian blogger Charlie, who is a superb cook. She calls it a 'life changing loaf', and it certainly is. No flour is used at all. It's easy and nourishing, full of nuts and seeds. You can find it by clicking here.http://hotlyspiced.com/homemade-vegan-bread/ 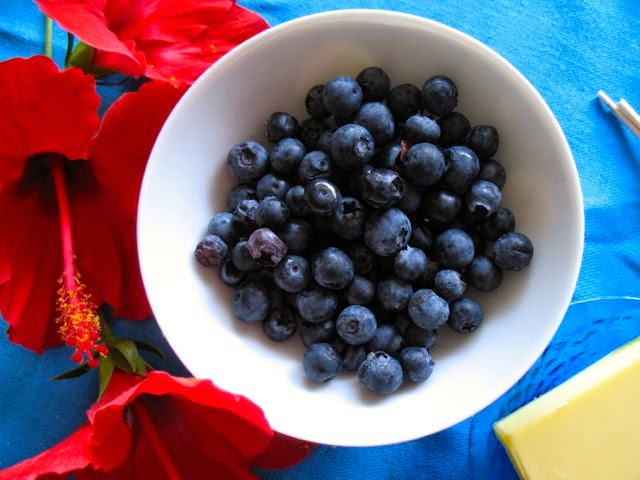 This season is also berry time, which was important in the Maori seasonal cycle. Not being a grain growing society (until European contact), Maori depended on the kumara (sweet potato) crop as the staple. However, at First Fruits/ Lugnasad/Lammas the kumara was still sitting in the ground, needing another month or so to mature. And so this was a lean time, 'Te Waru'. 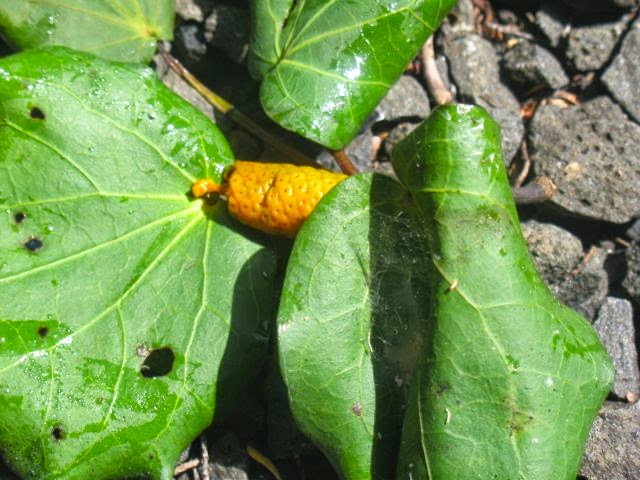 The native berries which the wood pigeons have been feeding on so enthusiastically out at my bach, provided some food, though not of a very substantial kind. 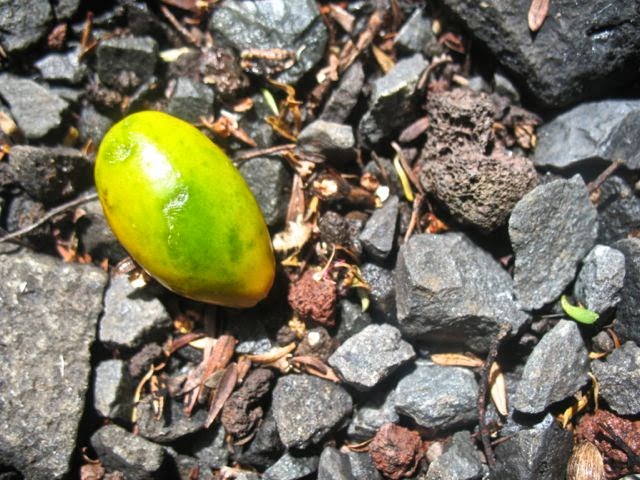 And the karaka berries needed special treatment, including long soaking in water, to remove their poison and making them safe for eating. Have you ever gathered wild berries? Berries are hard work. 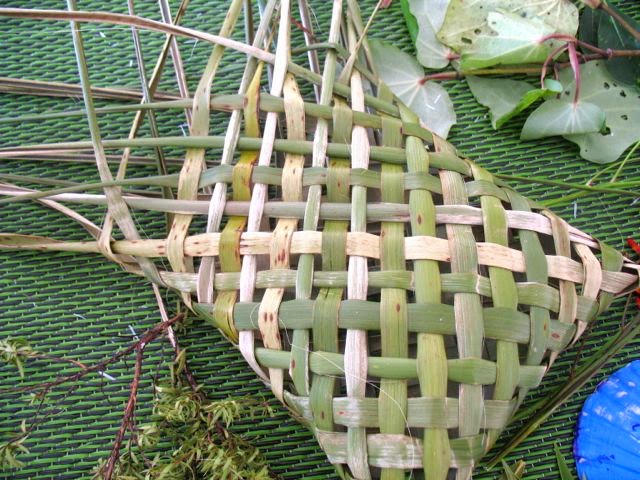 And so, in giving thanks for plentiful food, I am also mindful at this time of year that for many, the basket is half empty. In my book Celebrating the Southern Seasons: Rituals for Aotearoa, I call this time the Festival of the Half Harvest. I find it a good time both to offer up gratitude, and also to make donations for those who are in need.
Posted by Juliet at 12:51 PM 7 comments: