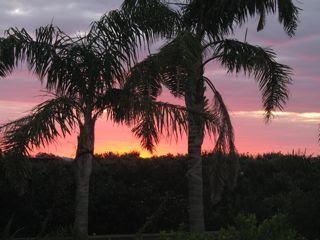 Today is Anzac Day, a national day of remembrance, in honour of the Australian and New Zealand Army Corps who fought heroically at Gallipoli during the second world war. It has now been extended to include all those who have died fighting for their countries.

This year, thousands have attended dawn ceremonies in cities and towns throughout Australasia. When I was in the Girl Guides, we always put on our uniforms and marched to the Cenotaph, where I struggled to fight back tears as the clarion call sounded.
Even though the men in our family returned from the war, one of them was much changed and later died at the peak of his career. My father was held back by the government, because he worked in an essential service, but the man whose place he took went to the war and was killed. This rested heavily in my father's awareness. 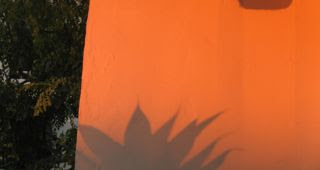 The timing, on April 25, is fitting, for this is our season of dying into darkness, and on April 30 we will be marking the Day of the Dead, now known as Halloween.

The dead are always with us, like shadows in the twilight, flitting in and out of our awareness.
Posted by Juliet at 9:56 AM

The soft light and shadows in your photos today Juliet are so evocative of the reflection, remembrance and awarenesses of today.

Thank you Lynley, that's exactly what I was trying to do - evoke those qualities through images.

This is a beautifully heartfelt remembrance, Juliet. You always express yourself so touchingly and filled with meaning far greater than any of us singularly are. Thank you.

Penny, what a lovely comment. Thank you, it means a lot.

Your words are a lovely tribute and it is so right that we remember those brave men and boys who from WWI started the ANZACs. Love your new format - great being able to click and arrive directly on your website xx

Hi Charlie, I'm glad that little trick worked, and thanks for stopping by and letting me know. Yes, those ANZACs deserve to be remembered for their courage.

beautiful work. i finally found your page all by myself by clicking your name over at Misky's! YAY. Have a lovely NZ autumnal sunday.. c

Cecelia! You made it and we've together found the pathway - yea! Thanks for visiting, and I'm about to put up a post from today's activity of pumpkin carving.

Karen, thanks for visiting and your kind comment. It showed up twice, and that happened for another visitor recently.