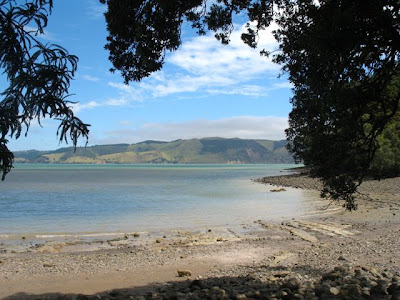 Huia lies on the southern side of the Waitakeres. It is named after a bird, which is now extinct.
How to care for this beautiful earth of ours was a subject very much on the minds of the seventy people, including families with young children, who gathered to camp, sleep in bunk rooms, hear some inspiring talks, and share our wisdom. 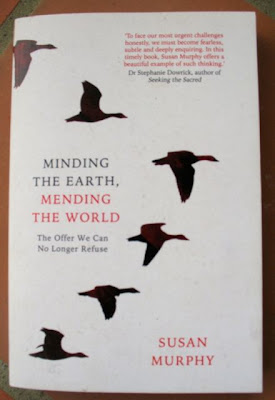 Susan Murphy, Zen roshi and Australian author, was one of our speakers, having left behind the bush fires that raged a few ridges away from our home. 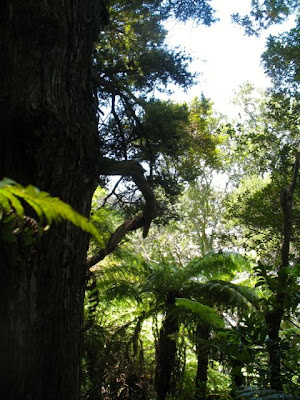 Birds were everywhere in this green place, flitting amongst the tree tops, or calling out across the spaces between, 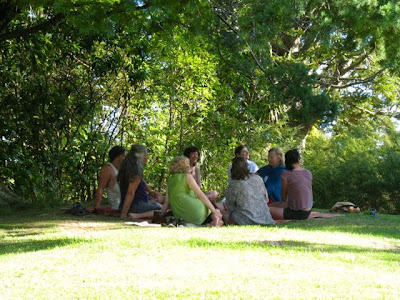 as we sat under the trees to listen to one another 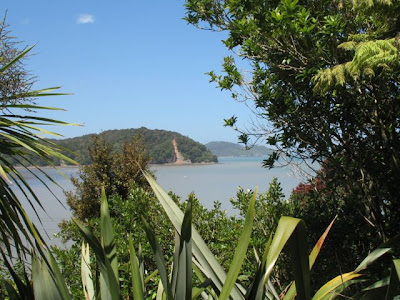 or walked along the bush tracks nearby 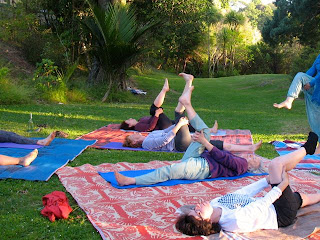 or did yoga in the morning before breakfast. 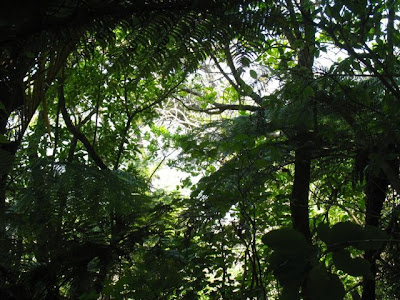 I gave a ride to a local vet, who works at the zoo and is dedicated to conservation. He put a huge chart on the wall, listing all the birds that could be seen in the vicinity, and making a space for us to record what we saw. 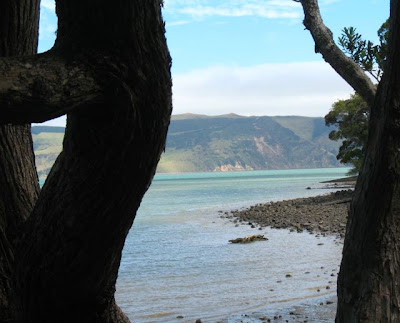 As I walked down to the beach one morning, a kingfisher flew across a clearing, dazzling me with its brilliant blue and green colours. I counted 50 oyster catchers at the edge of the sea, and then stopped counting. Two blue herons swooped lazily across the bay. Black-backed gulls stood staunchly, and unperturbed. Walking back through the bush at night after hearing a talk, I heard a morepork (ruru, the native owl) pick up the theme and speak its own story. 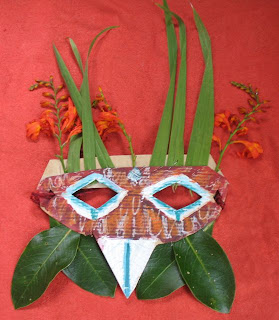 No wonder I ended up thinking I was a bird, when I made my mask for the masked ball.
By living so close to the land, trees and wildlife (including mosquitoes and spiders), and far away from cellphones and internet connections, I had become more deeply immersed in the web of life.

I read your story with great pleasure. Enjoying the nature around us and their awareness of in what a wonderful world we live.

It seems to me that you came back home very relaxed.

This looks to be a very restorative holiday Juliet.

I can sense your relishing being well away from electronic dramas.

All those lovely birds, bush, sea and happy times with like-minded people. Perfect.

* Diana, you are so right. I have come home feeling relaxed indeed. I'm glad you enjoyed the story.

* Lynley, it had all the right ingredients, and it sure was good to get away from the computer world! The weather was fine and hot the whole time - unlike what you had, from looking at your blog.

Thanks for reminding me of the moreporks. I remember them now from when I lived in NZ. They have such a distinctive call xx

Wonderful, Juliet; a holiday I would myself enjoy and appreciate the restorative calm I know would come from it. Everything looks so lush and beautiful.

* Charlie, the morepork has such a haunting call. Glad you enjoyed the reminder.

* Penny, even though we had a week without any rain, the bush has had some good long drinks this summer. Thank you for your welcome back.

Hi Juliet - this is lovely - what a beautiful way to share life ... and I love your mask ... while Susan's poster says a great deal - reminders for us all ... "Minding the Earth, Mending the World" ...

All the best and hope the NZ fires calm down and die out ... cheers Hilary

* Hi Hilary, it was a special time. No fires in NZ at present, thank goodness, as we are having periodic rain between the fine spells. But Australia is another story altogether, and I feel for those who live there.

Patrycja (photoopassion) said...
This comment has been removed by a blog administrator.
January 19, 2013 at 1:45 AM