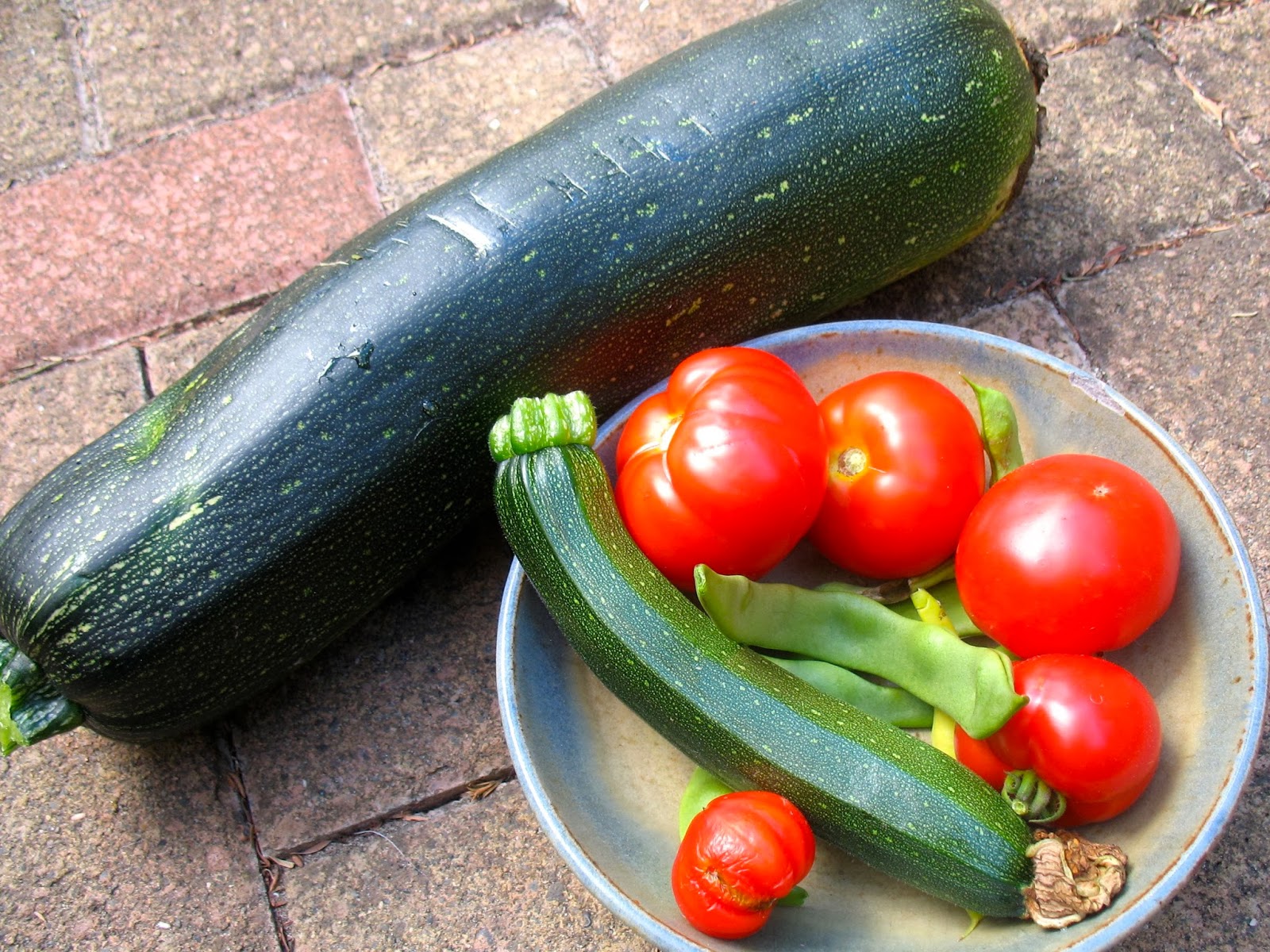 Yesterday was our festival of First Fruits; halfway between summer solstice and autumn equinox. In the old Celtic calendar, this was Lugnasad, in honour of Lugh the grain god. Later it became Lammas, when loaves made from the first corn were brought into the churches for blessing.
A Maori proverb about this season recognises its significance: Kua makura te kai; ka kai te tangata i nga kai hou o te tau: Fruits have now set and people eat the first fruits of the year. (Fruits in this context refers to all produce).
Out at the bach I gathered in a more meagre harvest than expected. One courgette had been missed and had turned into a marrow, leaving the plant depleted and limp. The promising tomato crop had diminished to a few fruits. 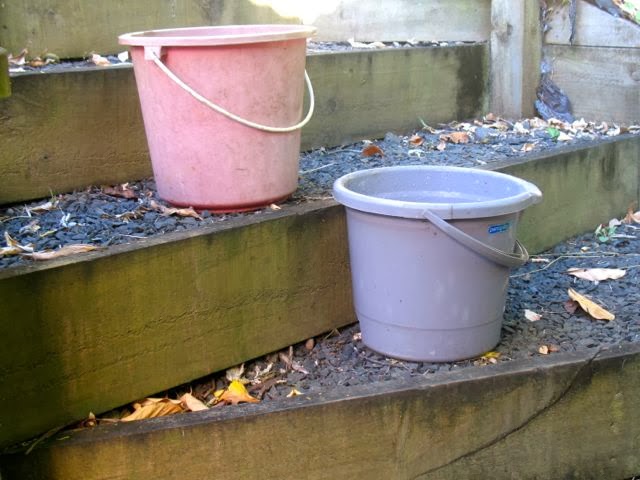 And this is why. Despite all the rain, the soil is dry, parched by the constant winds. And so I carried bucket after bucket of water to my poor struggling beans, tomatoes and pumpkins. The other aspect of First Fruits here in Aotearoa New Zealand is Te Waru. For Maori, this was a lean season, for although berries were ripening in the bush, they were not very filling. The kumara crop was not yet ready to harvest and the stored bounty of the year before was running low. Te Waru means 'the lean time.' 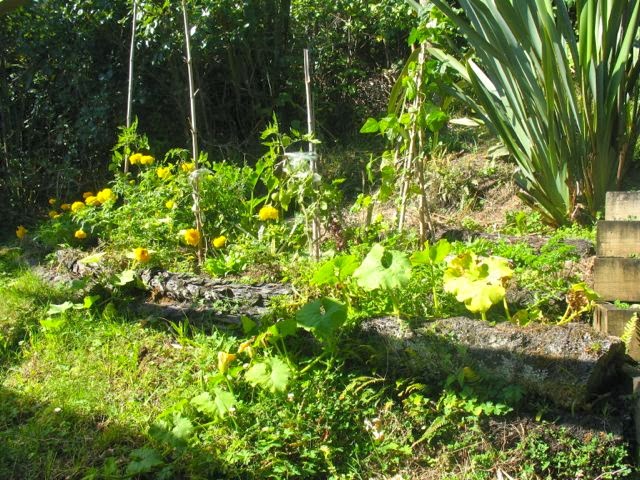 I'm hoping the garden will revive after its long drink. 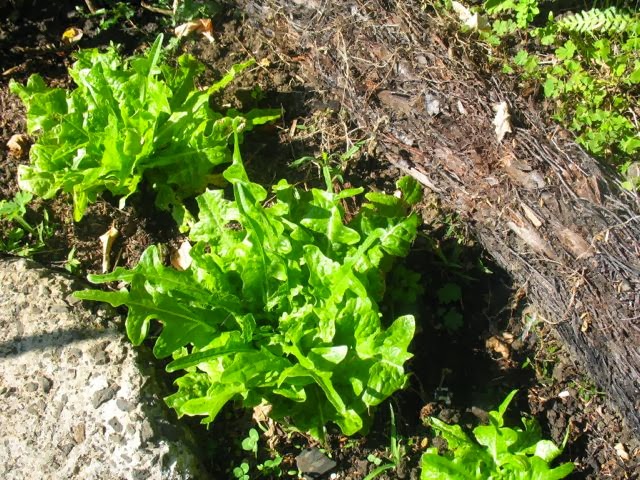 The oak-leaf lettuces are frilling out and looking happy, 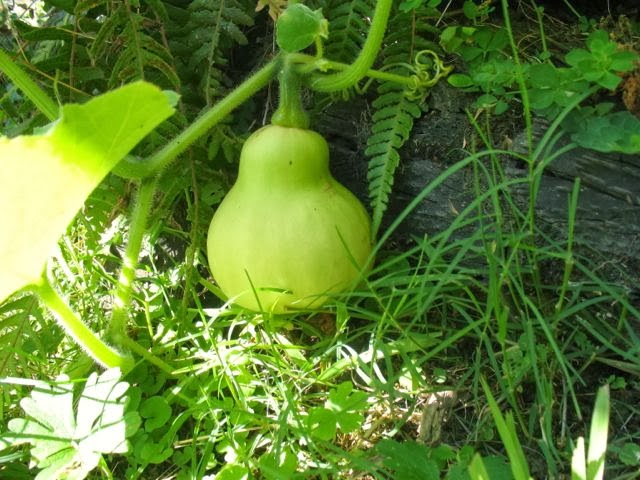 and one butternut plant has produced. 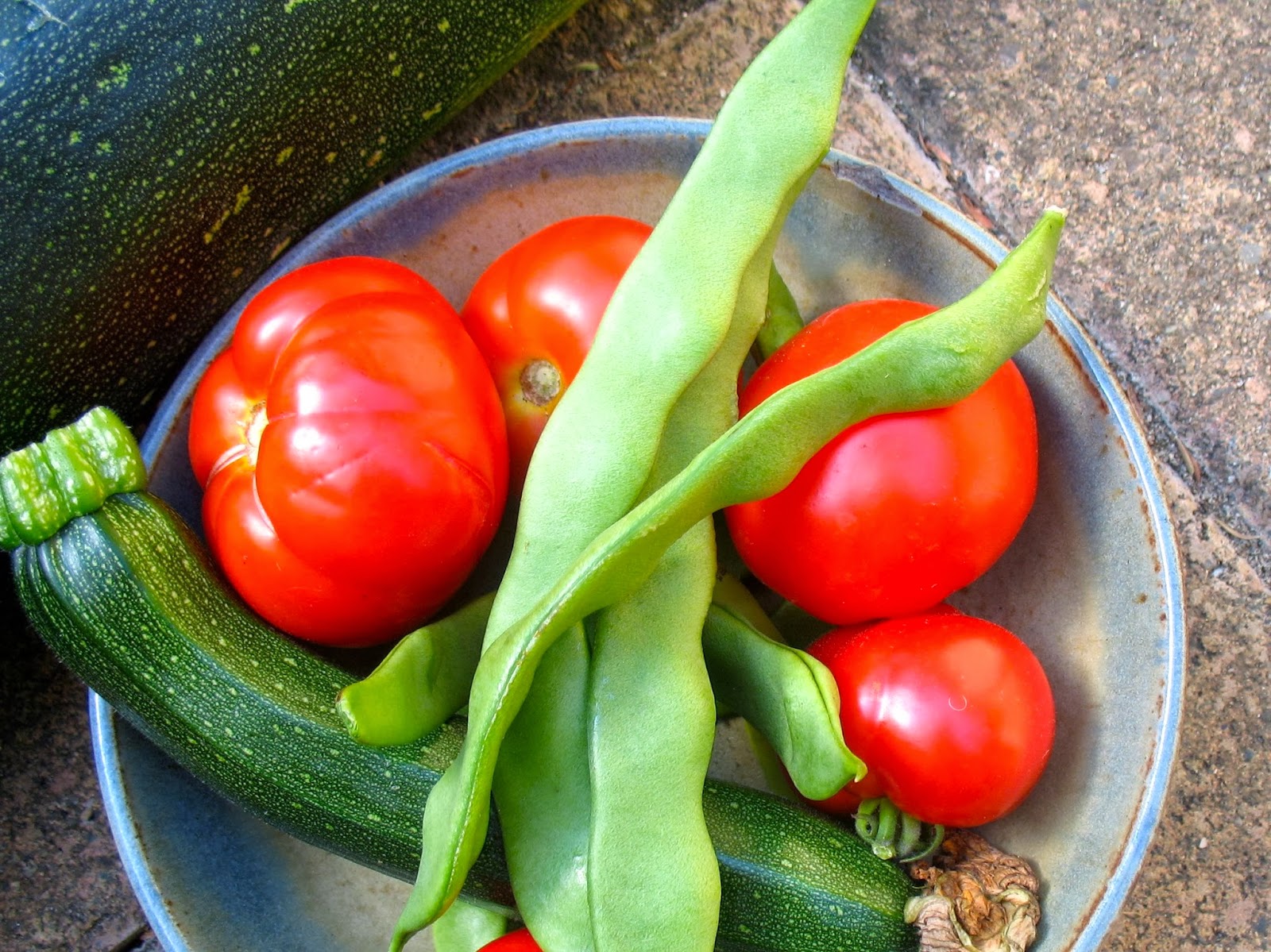 Tucked in among the leaves, I found a few more beans. Enough for a small feast. Even when the crop is not fulfilling its full promise, fresh food from the garden tastes the best.
Finding the wellspring within: that is the task for Te Waru.

Dig within. Within is the wellspring of Good; and it is always ready to bubble up, if you just dig. — Marcus Aurelius

Excellent that you have had a harvest. I definitely agree with you that fresh produce definitely tastes best xx

How lovely to know it was the celebration of First Fruits.I didn't have any fruit to bring in but I did bring flowers in to the house for the first time since Christmas, so perhaps that counts. The ground is parched here too. Your garden looks good despite the lack of rain.

* Charlie, it was a small harvest, but tasty.

* Gallivanta, you must have been tuned in to bring in flowers. I'm sure that counts!

Thank you Charlie and Gallivanta, it's always good to see you on the blog.

Lucky you...we will start to see that wonderful stuff in July and August! A long ways off!

Thanks Linda, your turn will come!

Hi Juliet - the fruits of the season - they look good and as you say will sustain you for a day or two. I love marrow and often buy them ... sadly not having a garden.

I enjoy learning about the Celtic ways and how they (obviously) fit the seasons down under ...

Rain, snow or drought .. we all seem to be suffering weatherwise .. cheers Hilary

A wonderful quote - for the fruit of the soil and for the spirit of the soul.

Though more meager than you would like, this is still a bountiful harvest that must have tasted so good to you, Juliet. For me, it is encouraging to see the fresh vegetables from your soil. I hope that watering perked things up for you.

I’d gladly let you have some of our rain.

You may think your crop is meagre, the mere thought of any kind of crop at this time of year makes my mouth water.
Happy gardening!

* Hilary, I'll have to work out a way of cooking the marrow; maybe stuffed with tuna. You have just passed the old Celtic fire festival of Brigid, when the returning light makes itself felt.

* Penny you are right. The harvest is bountiful in its own way, and the plants have responded well to the watering. I love your poetic phrase: 'fruit of the soil spirit of the soul.'

* Friko, it sounds as you are having an incredibly wet season. Glad you enjoy seeing the harvest.

Thank you Hilary, Penny and Friko, good to see you here.

Beautiful first fruits! Has there ever been a gardening year in which EVERYTHING went well? We had wonderful beans last year and almost no tomatoes. But gardeners tend to be optimists and we plant again, hoping for the best.

That's a great perspective thanks Vicki. We must be optimists for sure, to keep planting every season.