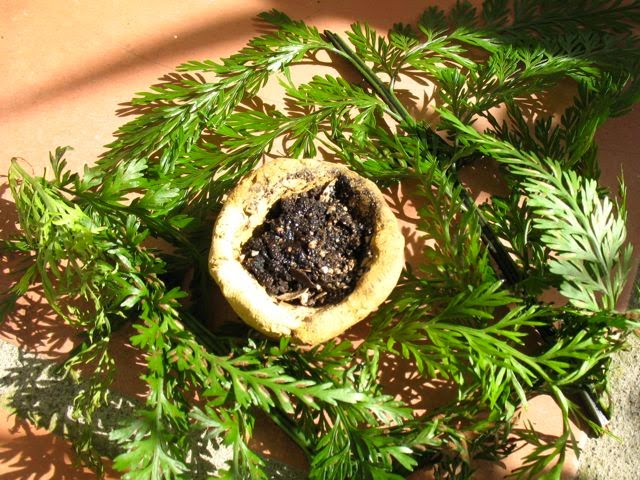 At our spring equinox celebration, one of the women gave everyone a little clay dish. We didn't know what was going to be put into it, until after a mysterious box was passed around. 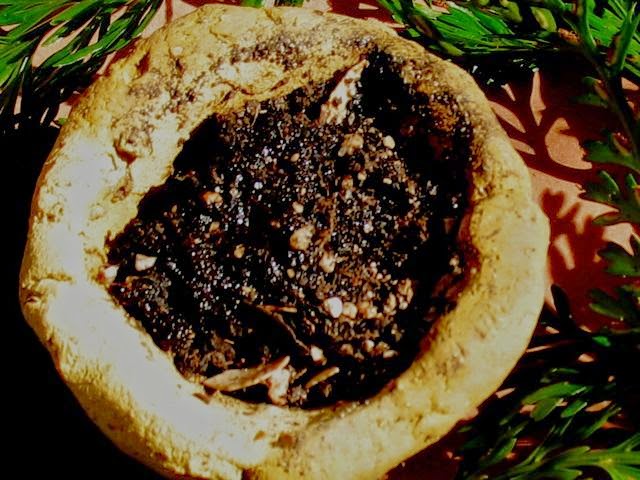 It was dark inside the box, and there was little to be seen. But we were asked to listen. A mysterious sound came out of the darkness. a kind of rasping, munching sound, like something being turned over. 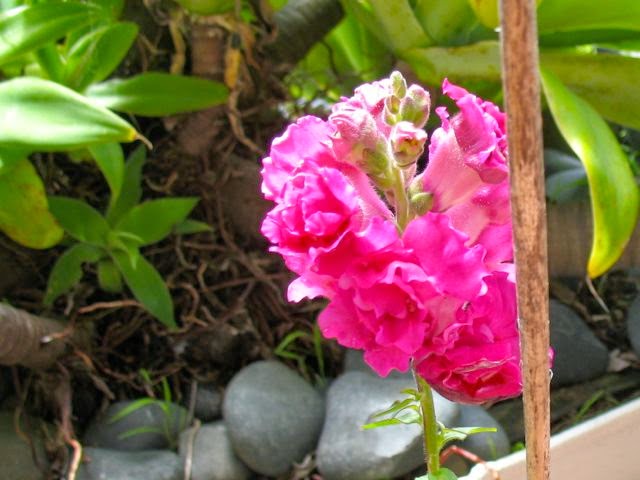 What was being turned over was the black soil, being munched and processed by dozens of tiny worms. Did you know that worms can be heard having their dinner? 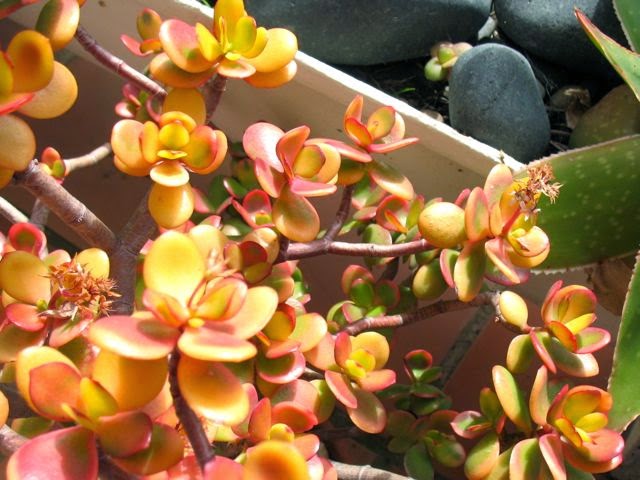 Maori tohunga (priests) used to put their ears to the ground in spring to listen to the worms awakening.
We all took a scoop of the rich worm compost to fill the little clay cups. Then we were given tiny, almost invisible seeds to sprinkle into the soil, followed by a little pour of water. 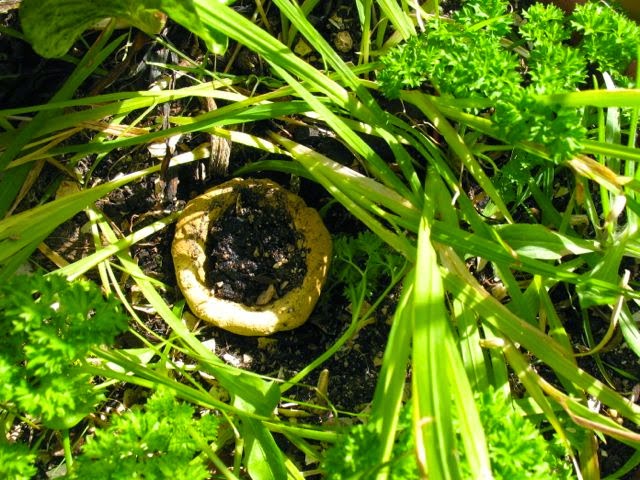 All the ingredients for growth are present. The clay will naturally dissolve into the soil, and the well-nourished seeds are free to sprout, raise their heads, and one day, to flower.
But will they? 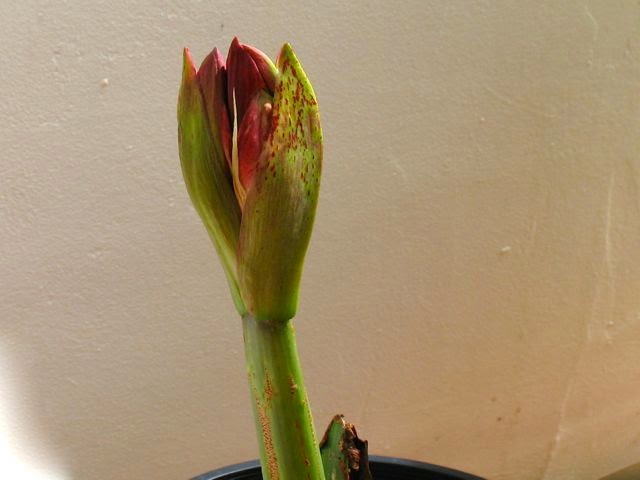 The amaryllis, which has hidden in a seemingly empty pot for the last ten months, has suddenly shot up into the light. The jade plant has turned golden. The snapdragons are breaking out into glorious colour. In this season, anything is possible. I will expect red poppies one day.


The source is within you
And the whole world is springing up from it. —Rumi
Posted by Juliet at 8:12 PM

Hi Juliet - what a lovely idea - the clay pot ..and no I didn't know worms made a noise when they were eating - logical I suppose ... it always amazes me to see the gulls, particularly, stamping the ground to get the worms to surface ... why a herring gull wants to eat a worm is a bit of a brain muddle ..

But life is extraordinary isn't it .. love this - cheers Hilary

Juliet, I was just about to out and put some peelings and scraps on our compost pile, followed by the remains of vegetation and dirt in our spent pots, hoping to find some worms as I turned the soil, and here you with your very own clay pot of life. How wonderful and what a fitting gift at your equinox. I'm filing this idea away in my mind for some future use. Thank you for sharing, not only the gift, but, the flowers emerging and the hope that spring brings.

* Hilary, I was surprised at the amount of noise the worms made. Yes indeed, life is full of surprises.

* Penny, what a nice coincidence. I'm going to put some of my worm bin soil and worms into a box and get Mira to have a listen. I love to plant seeds at equinox, especially with my group of women, and after talking about the hopes we are planting.

Thank you, Hilary and Penny.

Seeds will sprout, if not this year or the next, then the year after.

Isn’t it wonderful that we can always rely on nature to do the thing it’s promised us. Good or bad.

Friko, it's certainly a relief to know that some things are taken care of. Thanks.

I've never listened to worms! How interesting. I do hope the seeds sprout and you show us the results xx

Charlie, the sound they make is very distinct. I'll be watering the seeds and hope they grow well. Thanks for calling.

What a lovely ritual. And, yes, Spring is the season when everything seems possible.

Vicki thank you, and meanwhile you are enjoying the mellowness of autumn.

Marja, thank you. the munching worms are much more concentrated in a worm bin - and they are a different kind of worm also. I think worms are more hidden in a compost heap.

How lovely! And what fun to know that worms can be heard munching. :)

Yes, they make quite an interesting sound!