Creepy creatures, and what became of the pumpkins 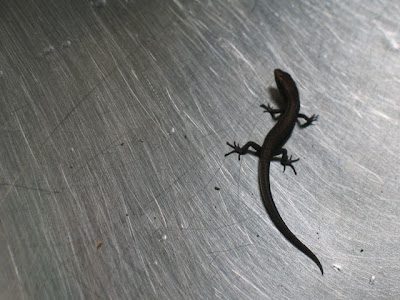 Around the time of our southern hemisphere Halloween, odd creatures appeared, 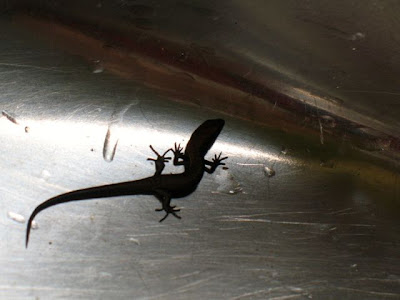 like this gecko, caught in the outdoor washbasin at the bach, 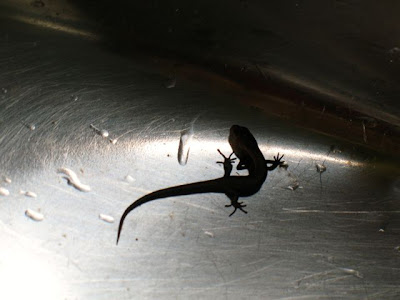 trying to escape, and eventually succeeding, but not before I snapped these photos. 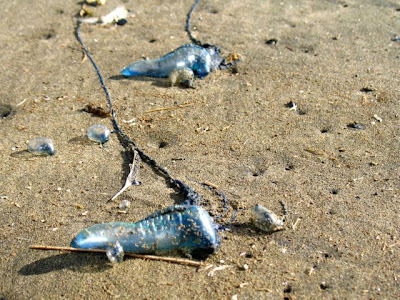 And then on the beach were bluebottles galore, strewn along the tide line, 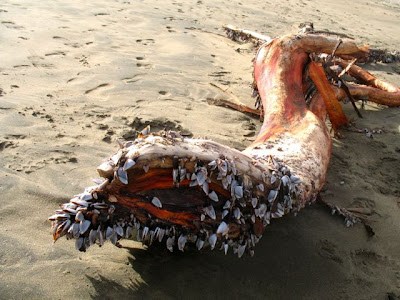 and a sea monster, stranded on the sand. 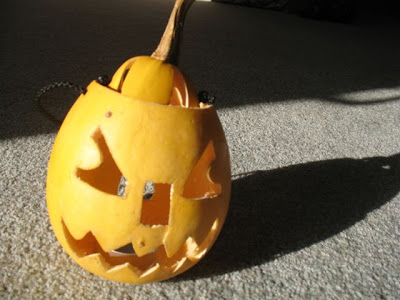 My favourite pumpkin lantern from Halloween was carved by a man who had taken great care, and even threaded in a black cord to swing the lantern from. 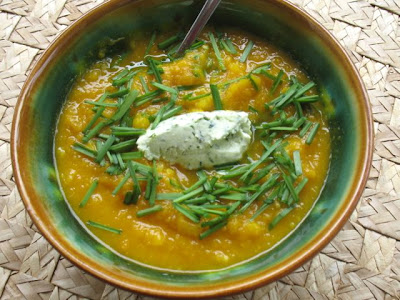 And what became of the pumpkins? Some went to my friends' compost heap, but the insides of others were turned into pumpkin soup, with chives sprinkled on top and a dollop of quark. Delicious.
Posted by Juliet at 9:05 PM

That sea monster looks really interesting. I'm glad the pumpkins were turned into soup - it is definitely soup kind of weather xx

That sea monster had me looking twice!

Nurture that wee lizard - they are under threat now sadly.

As for that inventive pumpkin lantern - some people are very clever.

Nice to hear from you again Juliet and I've seen on Facebook that books are selling well for you. That is splendid news.

* Charlie, the soup was great. I really enjoy the soup season.

* Lynley, I did a double take too with the sea monster! How sad that those lizards are under threat. And thanks for your supportive comment on Facebook. The new book is doing well, and its presence seems to have stimulated sales of the other books.

Thanks Charlie and Lynley.

Wonderful pictures! (I'm off to Google quark and bluebottle...)

Thanks Vicki, hope you find them on Google.